Redefining Public Golf is more than a motto, it is the way we approach everyday.

We are a spirited group of PGA Professionals and golf executives who understand the game and business of golf. Our focus is to create the right atmosphere and to use the experience we have in growing the game to improve your golfing experience. Dedication, a love for the game and the ability to follow through on our goals are key characteristics that our team brings to Makefield Highlands to ensure the overall success of the golf experience and facility. 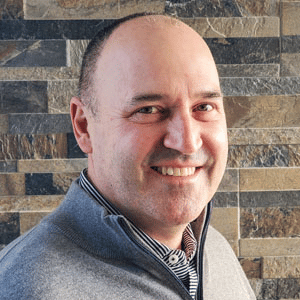 Mike Attara is a certified PGA Professional, golf industry executive, and the founder and president of Spirt Golf Management. Serving as the PGA General Manager for Five Ponds Golf Club. Mike is Trustee of the New Jersey Golf Foundation, Board Member of the Pennsylvania Golf Course Owners Association, and Board Member of the GAP Public Golf Committee. Mike served two terms as a NJ PGA Board of Director and has been a long-time supporter of the Folds of Honor Foundation.

Mike’s love for the game of golf began when he first picked up a club at the age of 12. He enjoyed success playing competitively and earned his Class A PGA certification in 1990 and certification in general management in 2006. Mike graduated from Bucks County College and went on to attend Wilmington University. During Mike’s 30 + years as a PGA Professional, Mike spent 10 years serving as a Regional Vice President for a national golf course management company, 10 years as the Director of Operations at Eagle Ridge Golf Club and the past 12 years as the President of Spirit Golf Management. 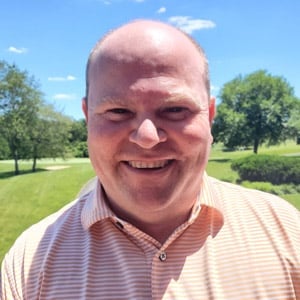 Ed has over 16 years of teaching experience and is a PGA certified Professional as of 2002.

Ed Gibson is the active Director of Instruction at Makefield Highlands Golf Club. Prior to Makefield, Ed was the Head Golf Professional at Applebrook Golf Club in Malvern, PA.

Ed was the winner of the 2004 Philadelphia Pro-Scratch Tour Event, and also has placed Top 10 in the Haverford Trust Philadelphia PGA Section Event in 2012 and was a 2012 Teacher of the Year nominee. Most recently, Ed was awarded the 2015 Philadelphia PGA Youth Player Development Award.

Ed Gibson is very involved in PGA Growth of the Game program which is the core foundation for Spirit Golf Management: “Growing One Club at a Time.” Ed believes strongly in the program in order to keep building the game, helping students improve and wanting to play more golf! 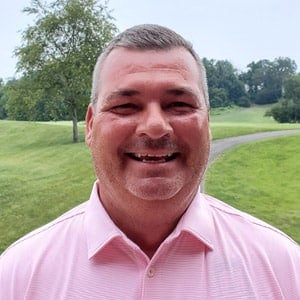 A Philadelphia native with over 20 years of golf industry experience, David graduated from Methodist University in 1993 with a B.S. in Business Administration, with a concentration in Professional Golf Management. Earning his PGA membership in 1997 and becoming a Certified PGA Professional in General Management 2014, his expertise in golf swing knowledge comes from extensive reading, classroom training, and thousands of hours in practical lesson tee experience.

Having worked at golf facilities such as Bala Golf Club, Atlantic City CC, Cape May National GC, and Yardley CC, David joins our team from his most recent dual position as The Director of Golf at Walnut Lane Golf Club and Site Director for The First Tee of Greater Philadelphia. During his tenure, he built a startup youth development program which currently facilitates 2500 juniors to learn the game of golf annually.

In 2012, David was awarded PGA Section Presidents Plaque for Player Development and sits on the Junior Golf Committee for the Philadelphia Section. 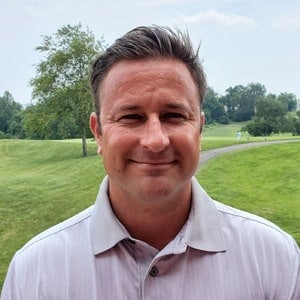 As a coach, science of golf instructor, and outreach manager with The First Tee of Greater Philadelphia, Joe has worked in the golf business for 5 years. He has an extensive background working with youth education and development for over 14 years. He holds a Masters in Elementary Education from Holy Family University and has worked as both a 2nd and 6th grade teacher, as well as a music teacher.

Currently, Joe is working on completing his Doctorate in Educational Leadership with an emphasis in assessment and student engagement. In addition, he is continuing his golf education to become a certified PGA Professional. 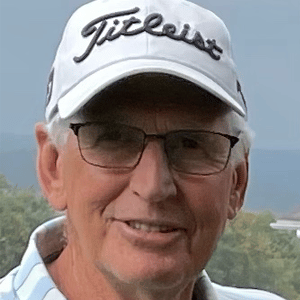 Howie is a Lifetime Member of the PGA and brings a wealth of experience to the Golf Academy. He has worked as Head Golf Professional for Frenchman’s Creek Club in Palm Beach Gardens, FL; Hidden Springs Golf Club (now Commonwealth National) in Horsham, PA; and as Director of Instruction at Marriott’s Sea View Golf Resort. Some of Howie’s career highlights include playing on the Canadian PGA Tour from 1977–1980. Howie’s passion for golf and his family has never wavered – he believes that any day on the links is a great one! 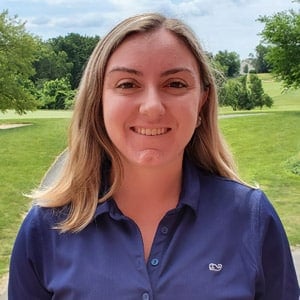 Lauren is the Assistant Golf Professional/Pro Shop Manager at Makefield Highlands Golf Club. Lauren played 4 years Varsity golf at Council Rock High School North. She was a 2015 PA state qualifier and an AJGA tournament champion. She grew up playing on junior tours including Philly Jr Tour, AJGA, IJGT, Hurricane Tour, & IMG. This is her 6th season working at Makefield Highlands. She is a PGA Apprentice and is working towards getting her PGA Card. Her love for the game began when she was 3 years old and asked for her first set of clubs for her birthday. Continuing her love and passion for the game, she teaches the junior and girls programs. Lauren also does some work with Women Golfers Give Back to help donate money for young women golfers in the area. 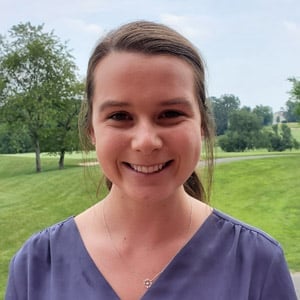 Kasey grew up in Northeast Philadelphia but has recently moved to the area. She is a recent graduate from Temple University’s Fox School of Business, receiving a Bachelor of Business Administration Degree in Financial Planning and a minor in Finance. Kasey loves meeting new people and organizing their events with them. She has a passion to help others and to be as successful as possible within her career. Kasey is able to utilize her finance education and passion for event planning to truly make every event a success. 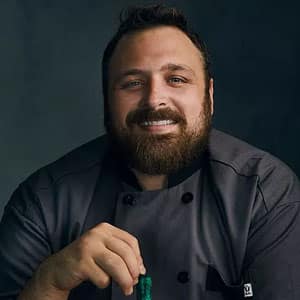 Chef Joshua Northcutt has a passion for bringing people together around the table with an approachable, yet contemporary take on classic favorites.

Chef Josh was born in Texas and relocated back to the Greater Philadelphia area at a young age. Josh grew up cooking alongside his Italian grandparents in their home kitchen in South Philly, learning all of the secret family recipes and quickly developing a knack for creating his own iterations along the way. His early love for delicious homemade meals and the power they had to gather families around the table remains influential in how he approaches food today.

Josh started his professional culinary career at the young age of 11 when he took a job managing the omelette station at a catering hall in Philly serving brunch on the weekends. He later graduated from the Bucks County Technical High School with a concentration on baking and then went on to graduate from the Art Institute of Philadelphia with a degree in Culinary Arts.

Upon graduating from the Art Institute of Philadelphia, Josh moved back to the Lone Star State for 3 years to explore the BBQ world alongside some of the best pit masters at the time, and simultaneously studied Cajun cuisine.

We want to hear from you!