Get The Correct Golf Grip

Few aspects of the golf swing hold more fascination for struggling club golfers than how to achieve the correct golf grip.

Swing plane, pronation, supination, re-routing, downswing transition, leg drive, and hip resistance on the backswing are some of the more elaborate theories investigated by golfers who habitually slice or hook. Yet more often than not the real cause of wayward shots lies in the way a golfer places his hands on the club. So, before you start making extreme changes to swing mechanics, you should first simplify the golf swing technique by making sure the grip is correct. Following are three of the most important aspects of the grip that affect the takeaway, swing path, plane, and control.

The ‘V’s created by the index finger and the thumb of the left and right hands must point to the right shoulder.

Although this is extremely well known, it’s surprising how many golfers have trouble achieving this orthodox hand position. A golfer who slices normally has a weak grip where the left hand is too much underneath the shaft. If you slice, the first thing you should check is that the left hand is turned more to the right, with three knuckles visible after taking up the stance.

Conversely, a golfer who hooks should check that the left hand is not in a “strong” position where it is turned to the right too much. 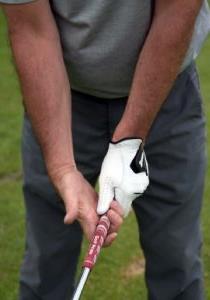 The path of the golf swing takeaway is directly affected by the grip. If the left hand is twisted round to the right too much in a ‘strong’ grip, it generally sets the left arm higher than the right – this leads to a swing path that is too inside and a swing plane that is too flat, which results in a hook. If the golfer’s left hand is on the club in a “weak” position, the right arm is set higher than the left at the address which leads to an outside swing path, a steep swing plane and invariably a slice. Although you may know that you swing the club too flat or upright, before you try to swing onto a more effective plane, check that the hands are placed on the club in a neutral grip.

Topping the ball is a very common fault. In many cases it can be cured with the correct placement of the right thumb and index finger on the club of the right hand. As the club comes into impact the index finger of the right hand is responsible for accurately squaring up the blade and must be in the most efficient position to guide the club. The thumb is responsible for driving the clubhead down into the ball. It is vital for the thumb to be set on the left-hand side of the shaft — not on top of the shaft, which may seem logical but is wrong. 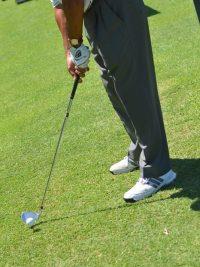 One of the most common causes of mis-hit shots is the loss of control at the top of the backswing. An overswing means a loss of control but with good placement of the left-hand thumb on the club, unless double jointed, an overswing becomes almost impossible. 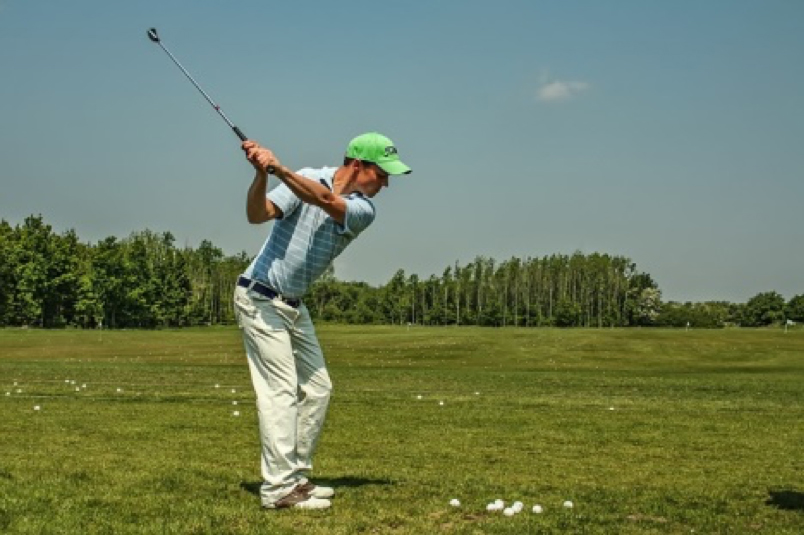 When taking up the grip, allow the left thumb to sit naturally on the club and not stuck down the shaft, which creates an ugly gap between the thumb and index finger. With the thumb in this position, it is much more capable of controlling the downswing transition, when leverage is at its maximum.

Golf has actually been played on the moon! It is only 1 of 2 sports to literally have been played out-of-this-world, along with the javelin throw. Back in 1971, Apollo 14 astronaut, Alan Shepard, swung a one-handed shot with a six-iron, which was all his pressure suit would allow.

Tell us the most unusual place you have played golf!

It’s time for you to shoot for the moon!

Who will you be cheering for to WIN the 2019 Masters?

GIVE US YOUR PREDICTIONS…

How To Spin The Golf Ball

You have no doubt seen TOUR pros on television, or any good golfer for that matter, hit shots into the green that end up spinning back like a rocket, particularly in wet conditions.  You might note how that never really happens when you’re out on the course, and you wonder how exactly they do it!  So, how do they put backspin on the ball? 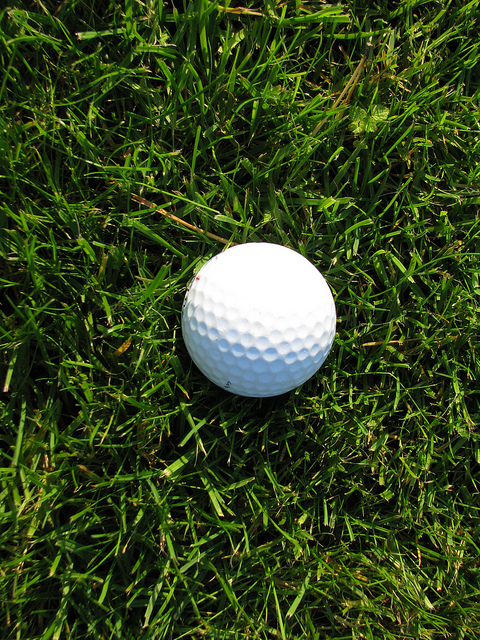 Being able to spin the golf ball is actually something that most amateurs, and even some seasoned golfers, cannot control.

It is something that comes with experience and a certain degree of proficiency.  It requires you to know how to make solid, “ball-first” contact with the golf ball, and do it with sufficient speed for the grooves to do the work.

There are, of course, many instances where it would be quite useful to be able to put spin the ball.

Often, it’s from a tight lie off of the green, with rough, a bunker or another obstacle between you and the flag.  In such a case, you would typically want to fly the ball close to the spin and have it stop dead or even spin back a little bit.

The focus of this article is to discuss what exactly backspin on the golf ball involves, when you can spin the ball and how it is actually accomplished.  Hopefully this can help some of you who want to take your game to the next level!

How is backspin generated?

Backspin (spinning away from the direction of the target) occurs when the clubface makes contact with the ball and the grooves on the face of the club “grab” the ball, imparting a spin before it takes off.  There are several key factors which affect how much the ball spins, and they include:

It is widely believed that the steepness of the clubface path coming into the ball, or the angle of attack, affects the spin of the ball given a fixed loft.  However, there exists evidence, particularly from TrackMan, that is contrary to this claim.  In general, hitting “down” on the ball does appear not affect spin rates.  The three factors bulletted above are the primary determinants of golf ball spin.

What can I do to spin the ball?

Based on what I mentioned above, you should do the following if you want to maximize the amount of backspin you generate:

Note that the firmness of the golf course typically determines how far balls spin back.  On wet grass (fairways, greens), there is less rollout and most of the spin will go into bringing the ball back.  In other words, the result of spin is much more obvious in soft conditions.

Hopefully, after reading and understanding the concise information presented above, you’ll be well on your way to developing a firm control of the spin on your golf ball.